ITV2 is a television channel that was launched on 7 December 1998.

Special thanks to our contributor Cavan, for capturing and updating the presentation in this section.

On 12 August 2015, ITV2 underwent a rebrand with a new presentation package created by ManvsMachine for ITV Creative. The new idents feature the ITV2 logo integrated into several pun-inspired scenarios, such as traffic ‘jams’ and hot ‘dogs’. These scenes are assembled on broadcast, allowing for around 300,000 possible combinations. 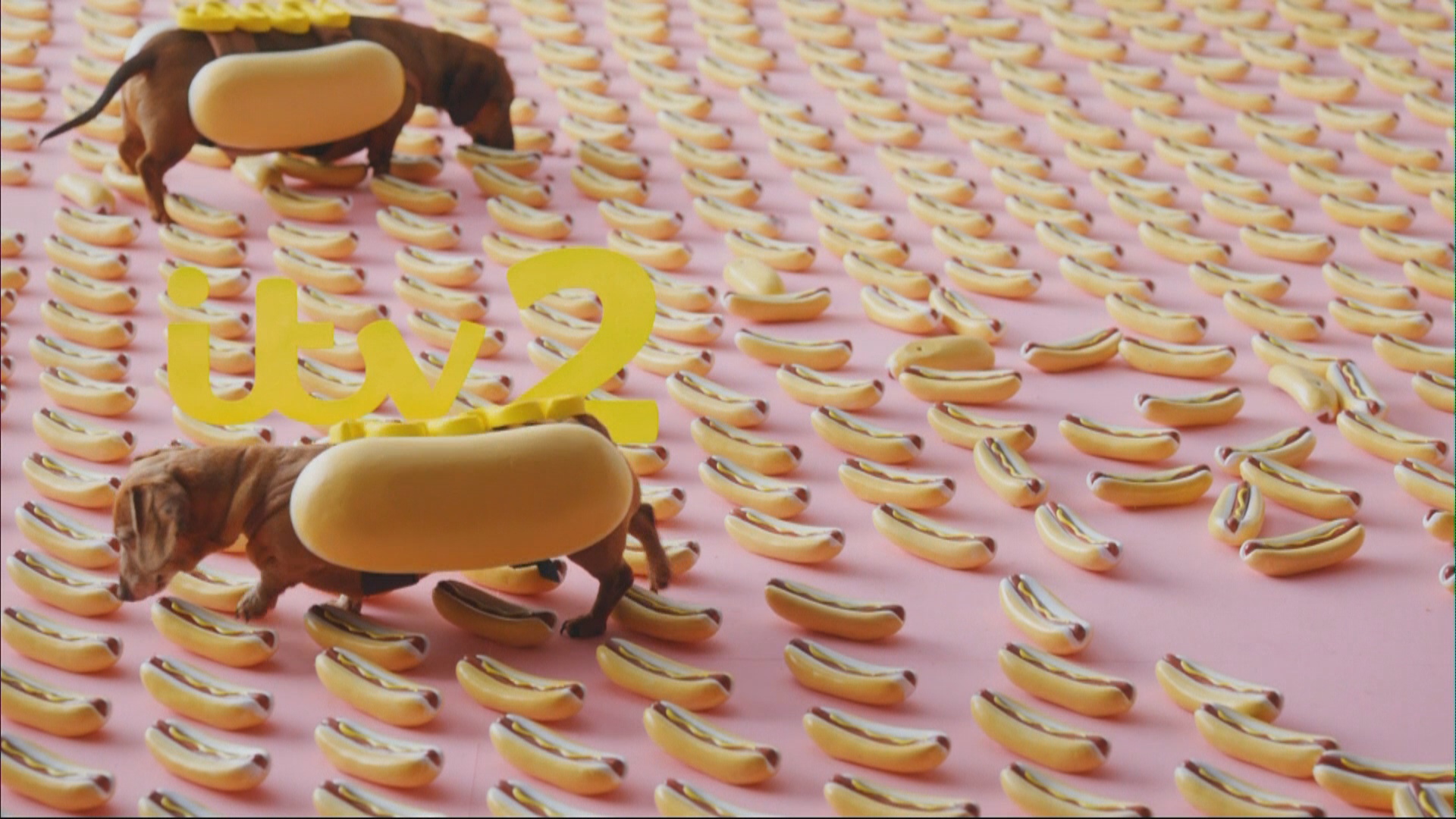