4seven (stylised as 47) is a television channel in the United Kingdom which launched on 4 July 2012 at 7.00 pm. According to Channel 4, it was created in response to its viewers saying that with so much choice they sometimes missed the best programmes, despite some having PVRs and access to on demand services.

At 7pm on the the 4th of July 2012 Channel 4 launched ‘4 seven’. The channel shows the most popular programs broadcast on Channel 4 from the last 7 days. Its idents and presentation was designed by ManvsMachine. A total of four regular idents air on the channel – Pool, Allotments, Motorway interchange and Supermarket. A special Halloween version of the Supermarket ident aired at 12:05 AM on the 1st of November 2013. During primetime idents are replaced with real-time twitter update menus. 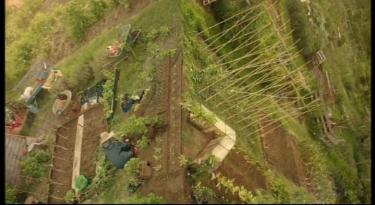