Challenge is a British digital television channel owned by Sky plc. The station was originally called The Family Channel. From its launch on 1 September 1993 to 2 February 1997. It mostly transmits game shows from the UK and around the world, with some original productions. Challenge launched on the free-to-air satellite platform Freesat on 3 December 2012.

A new look for Challenge was introduced on Thursday 23 June 2016. The new branding was created by creative agency MMMultiply. Three idents were introduced breaking the channel down into its three main genres, classic game shows, modern game shows and physical game shows. Each ident features three game shows from a single genre. A new logo was introduced and dozens of new stings introduced featuring famous game show catchphrases and quotes. 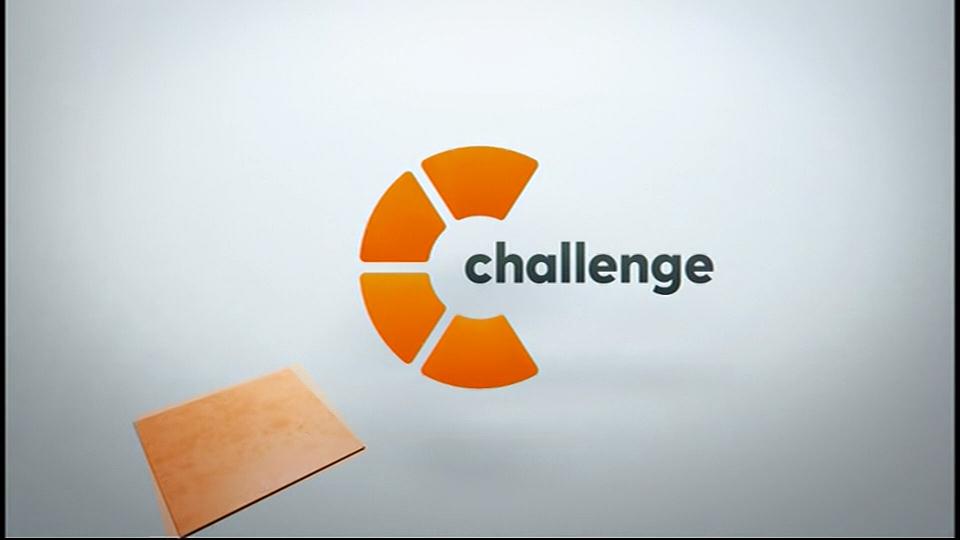 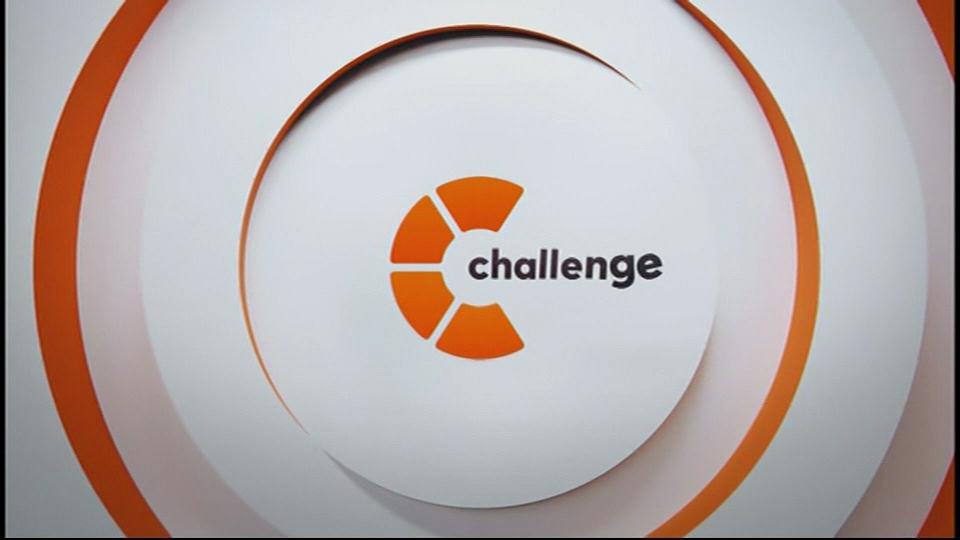 Challenge was rebranded on 7 October 2013. According to Sky “the re-fresh introduces a family of animated characters to Challenge, the home of contest, who will feature in both the on and off air look and feel. Each lovable character is designed to complement the fun vibrant collection of programming on the channel, from physical contest to game shows, with a character designed to introduce every classic and original programme.Buzzerhead never gets the answers right when he watches Challenge shows but enjoys classic series of Family Fortunes, Catchphrase and Supermarket Sweep. Tiny and Ellie can’t get enough of Challenges flagship physical shows, including TNA Impact Wrestling, Takeshi’s Castle, UK Strongest Man and Ninja Warrior. Cecil The Geek is always informative enjoying Eggheads and Gadget Geeks, while Les Play and Kitty Prize are fanatical about great contest entertainment like Blockbusters, Bullseye, Who Wants to Be A Millionaire. They are looking forward to the newly commissioned game show Timeline hosted byBrian Conely. Each character mirrors the wide breath of programming across the channel and each member of ‘The Challangers’ will appear before their favorite show in new channel idents.” 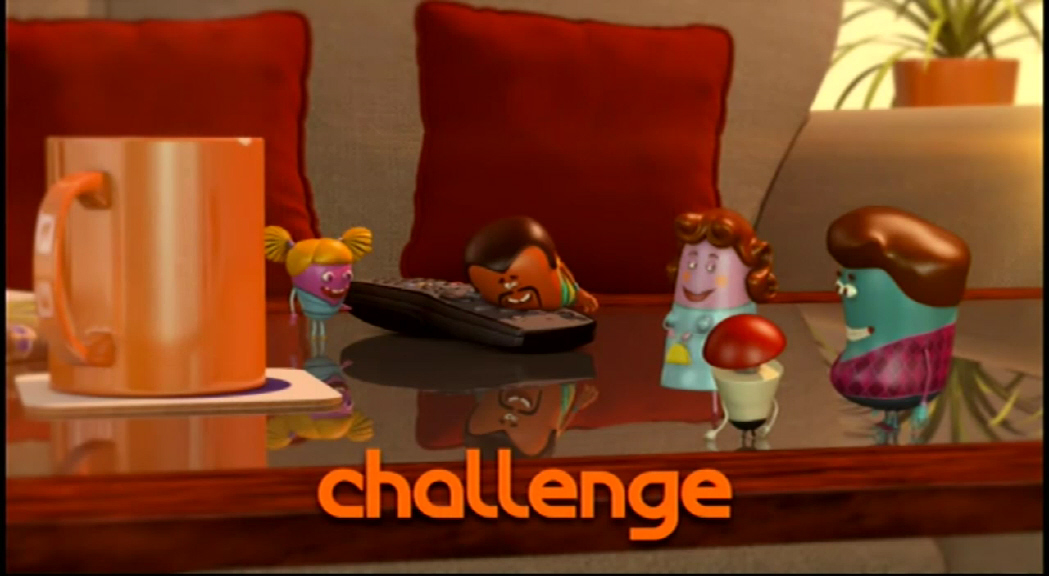 Challenge was rebranded following the acquisition of Challenge by Sky as part of the Virgin Media channels deal. On the 13th of September 2011 Challenge launched a brand new look, including a new logo. The graphics are entirely CGI and have a retro feel to compliment the classic gameshows aired on the channel. 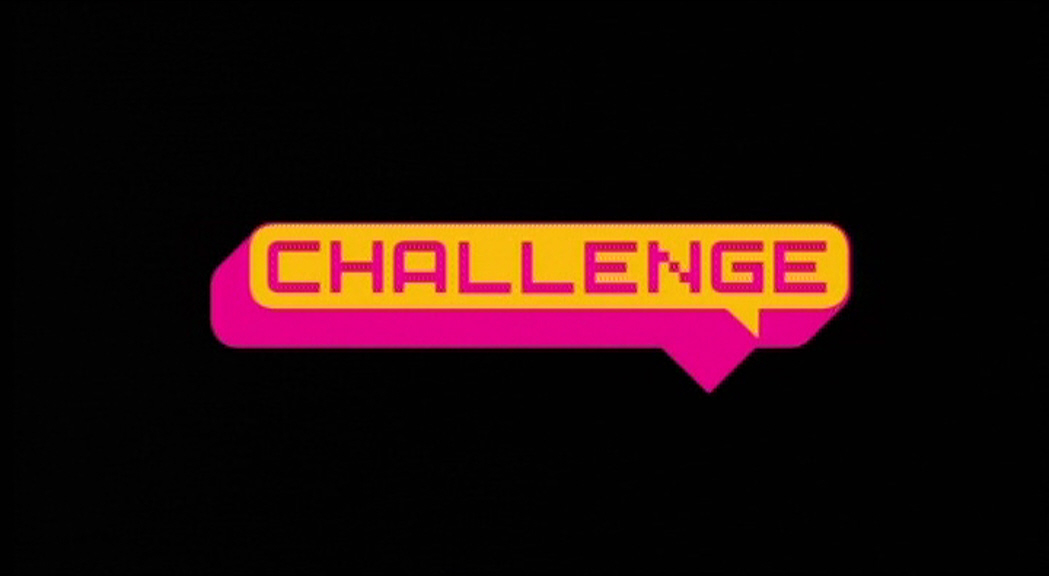 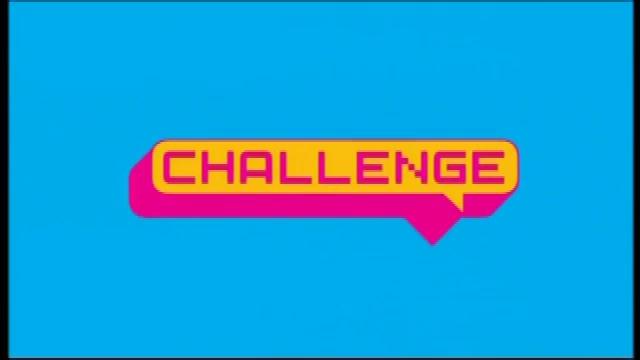 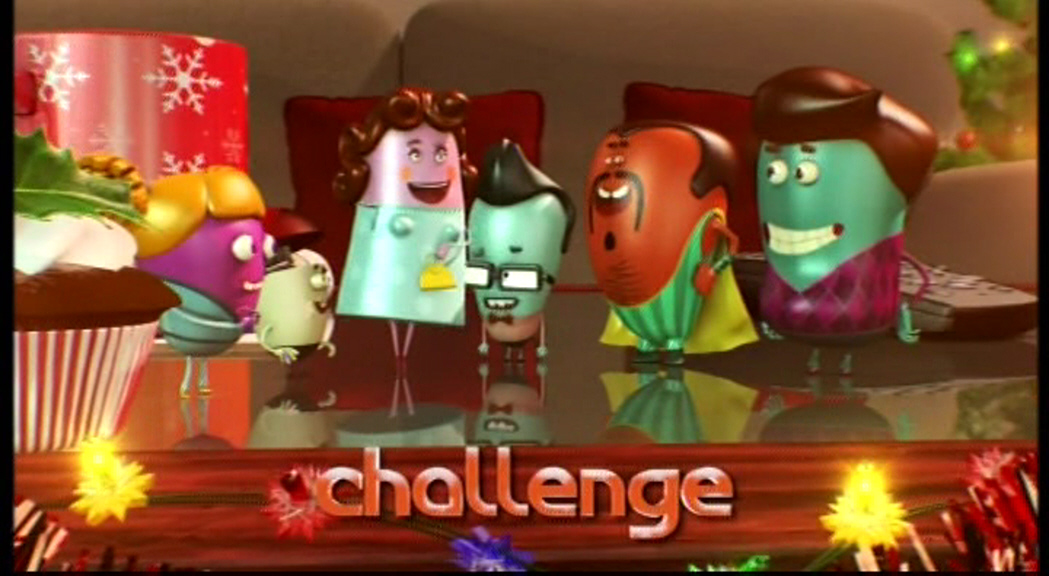 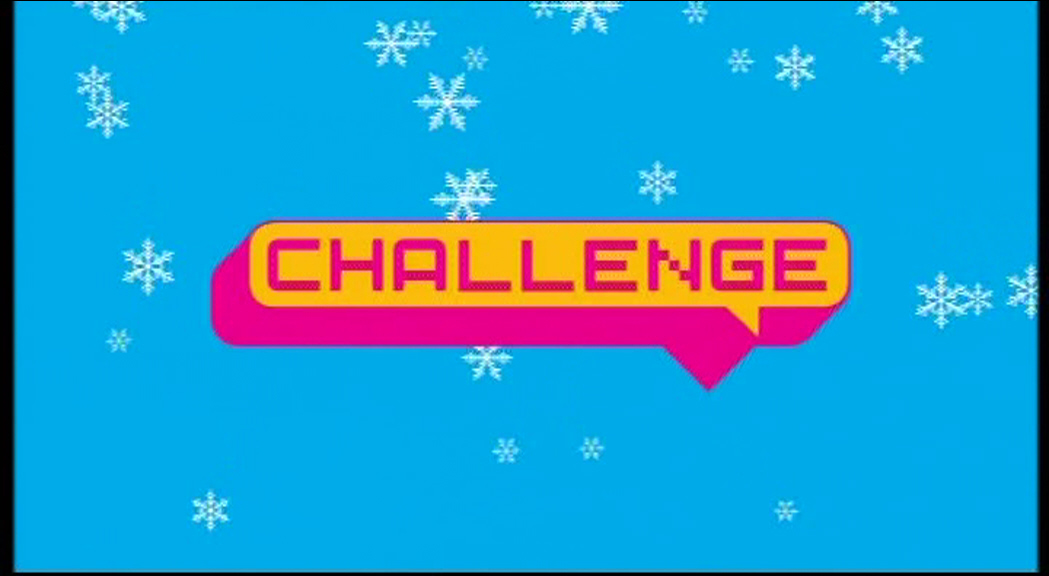